Black Spirals On A White Stripe On Black Pants

I made another pair of pants. 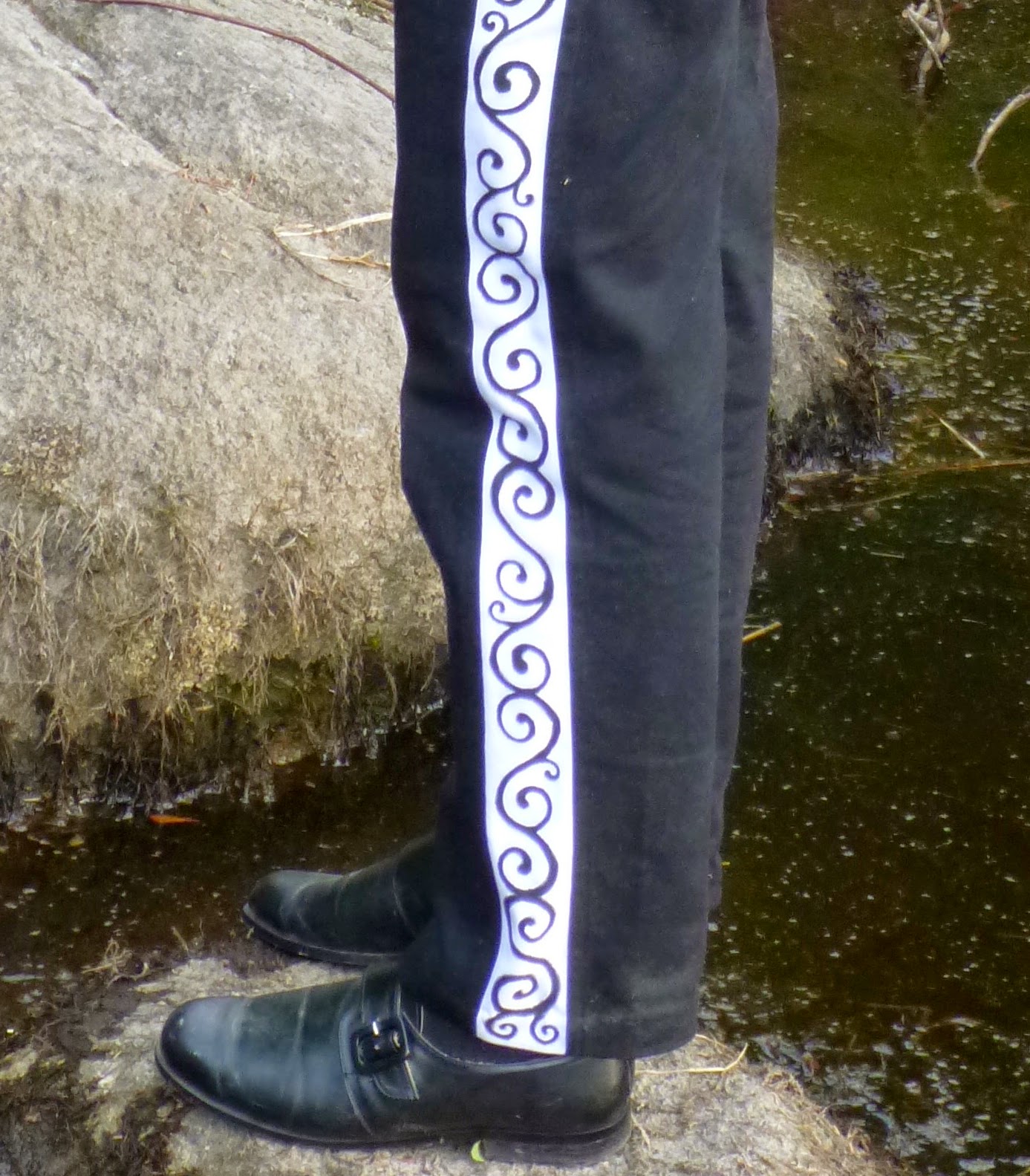 The pattern is almost the same as the one I used for the previous pair, but with the addition of a stripe down the side.
The pants are made entirely out of denim and sewn with heavy duty thread. 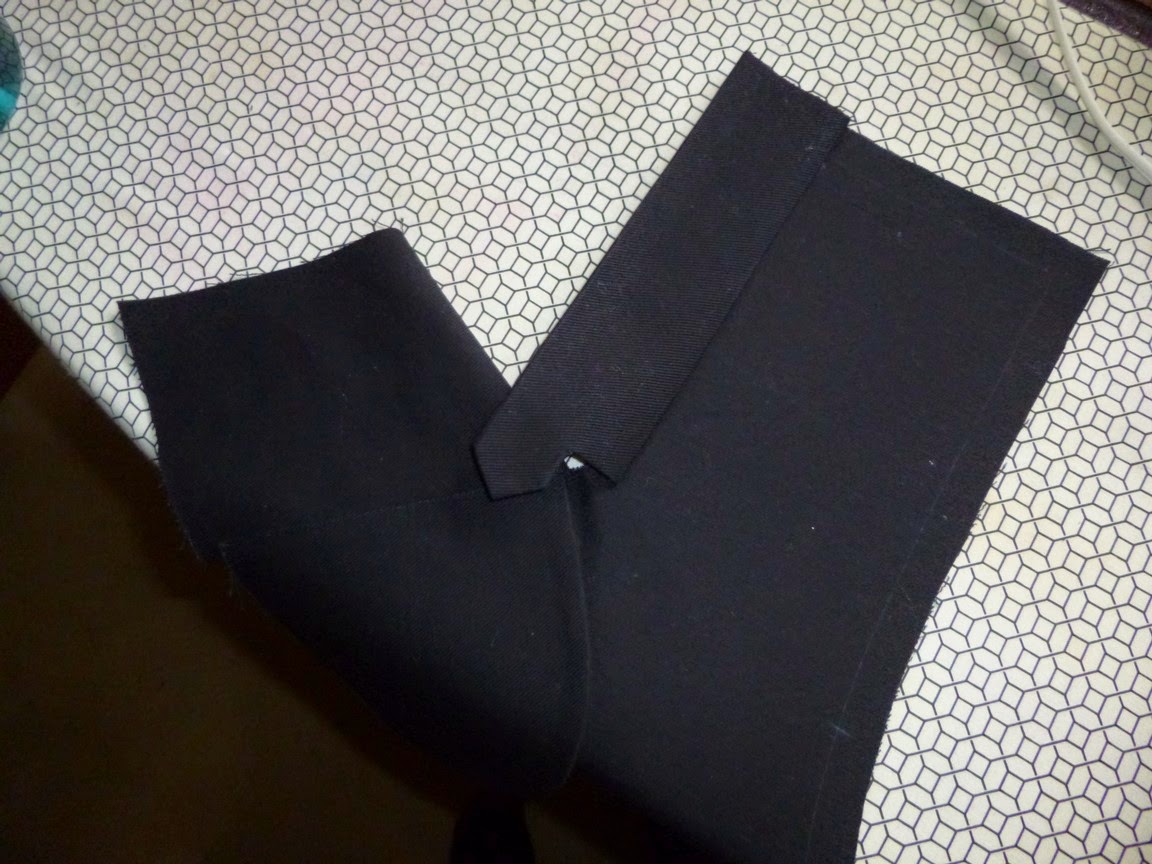 I still don't think I have the fall front construction completely figured out. It might be a bit easier to sew by hand than machine. At least I remembered to put the flaps in this time instead of just binding the under side of the placket. 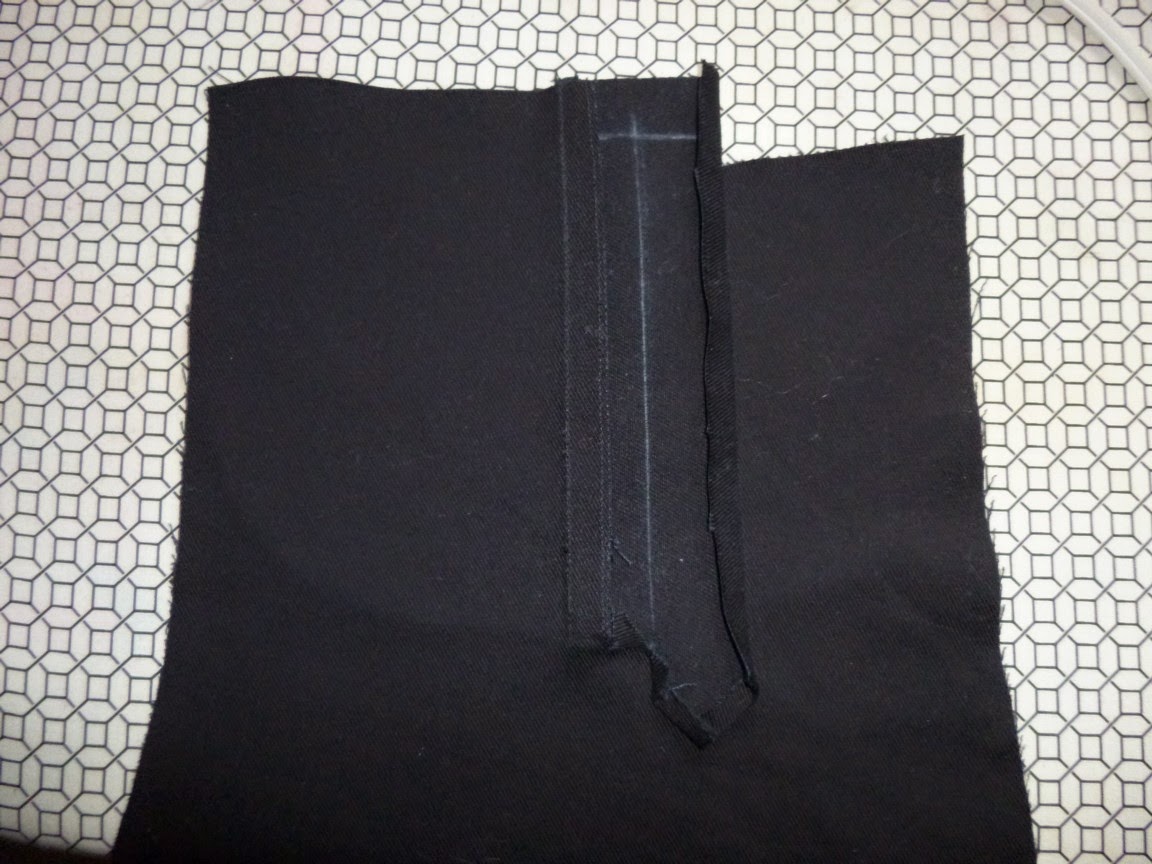 I used a flat felled seam to sew the side piece in.
I painted spirals on the stripe before sewing up the inseam, except for a little bit at the bottom and top, which I left until last. The spirals are traced in pencil first and then painted on with Speedball fabric printing ink. It's meant for screen printing, but painting it on works just fine.
The painting is a little sloppy up close because I foolishly put the right side out, when the wrong side is actually a much better painting surface. 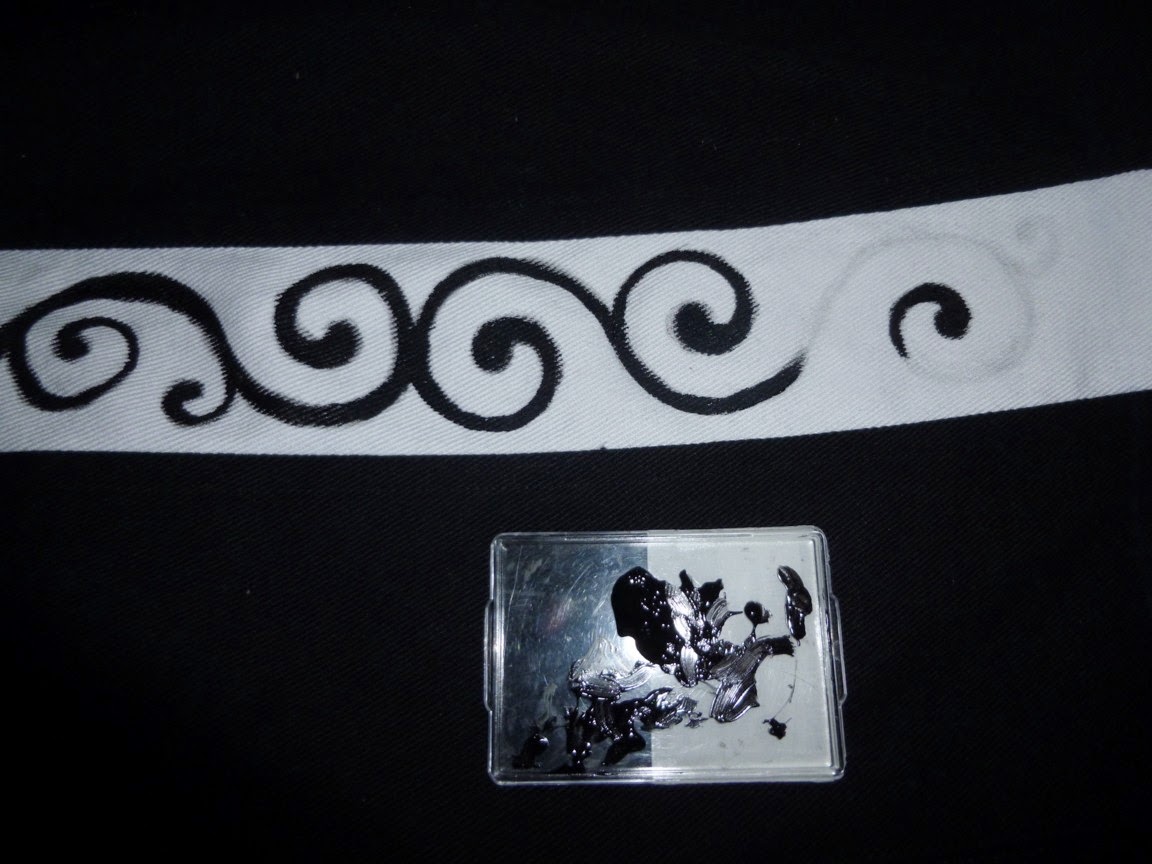 The inseam and crotch seam are just serged. 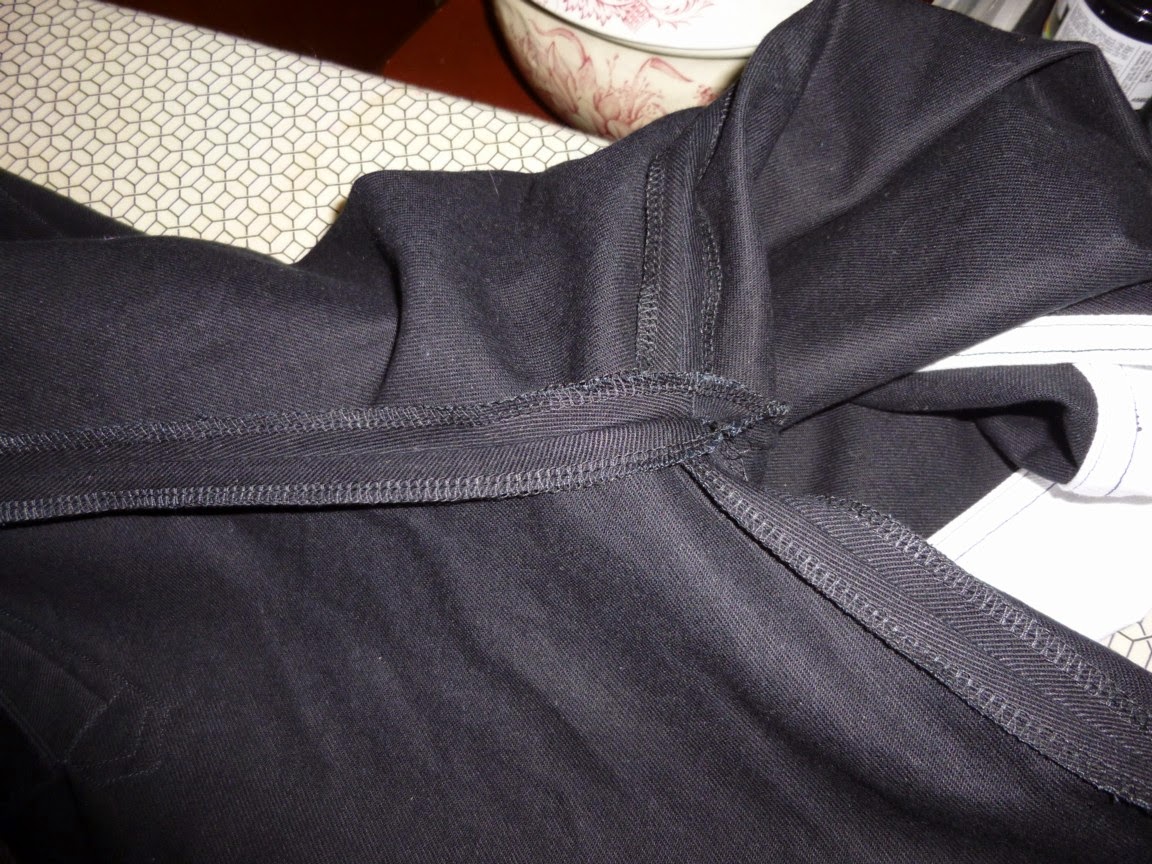 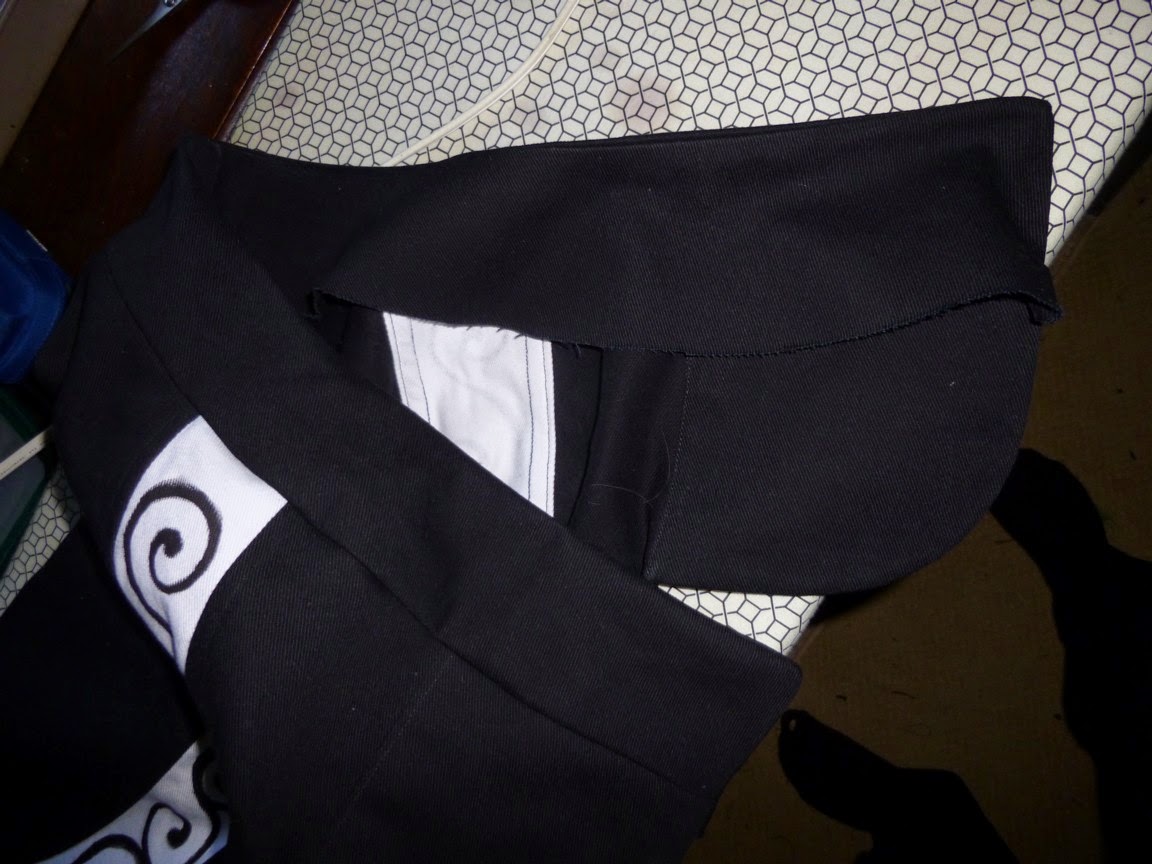 The waistband is machine sewn, except for the inside edge. 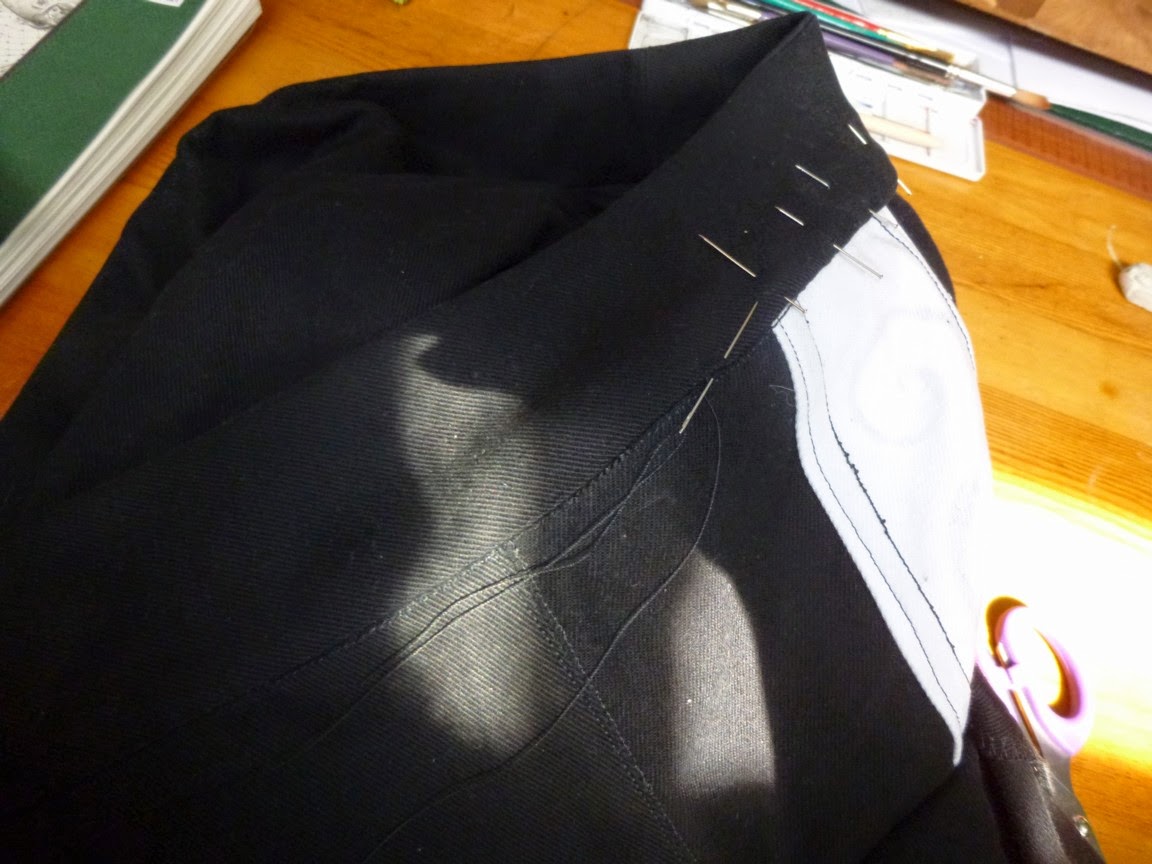 The pants are hemmed by hand. I forgot to take a picture of the completed front, but it's almost the same as the previous one. 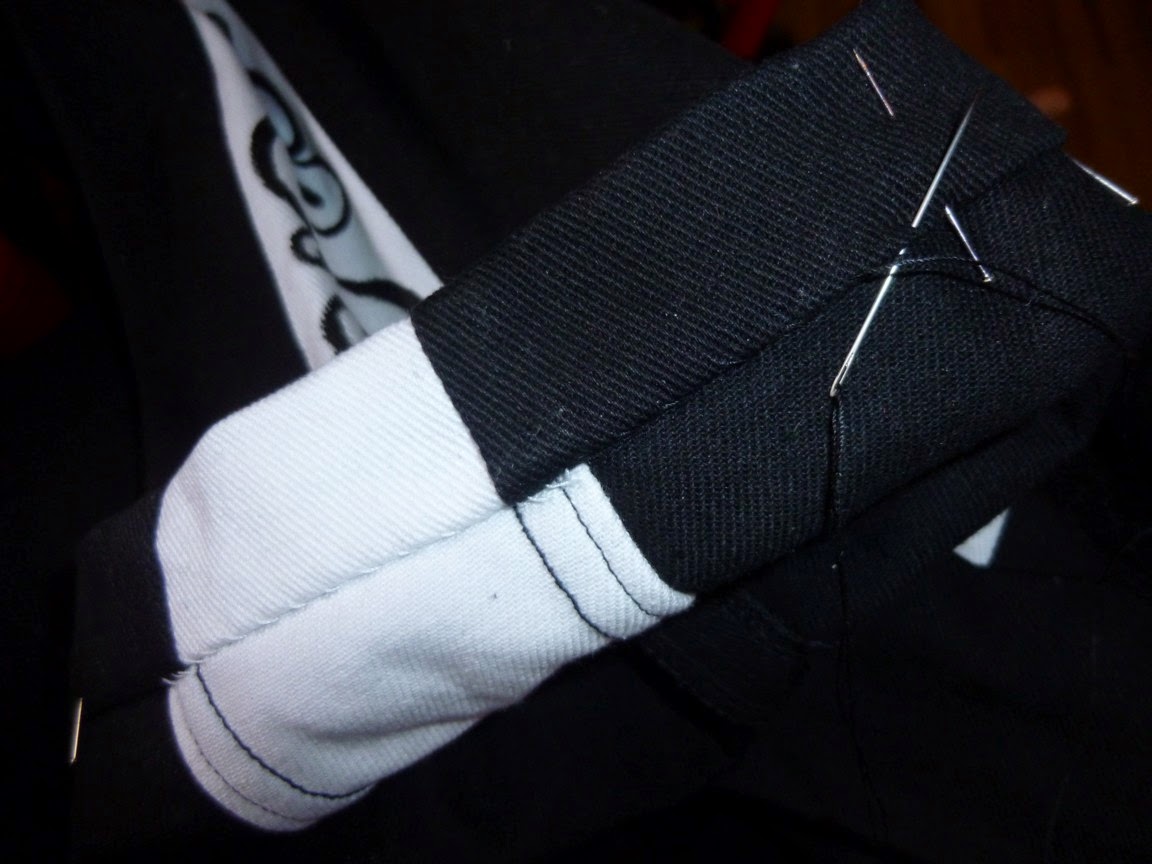 The pants are a little tighter than I wanted them to be, partly because the denim doesn't have any stretch, but also because a bit of the width mysteriously disappeared during the pattern alteration. I'll have to re-measure the pieces and correct it.
Luckily they still fit comfortably. 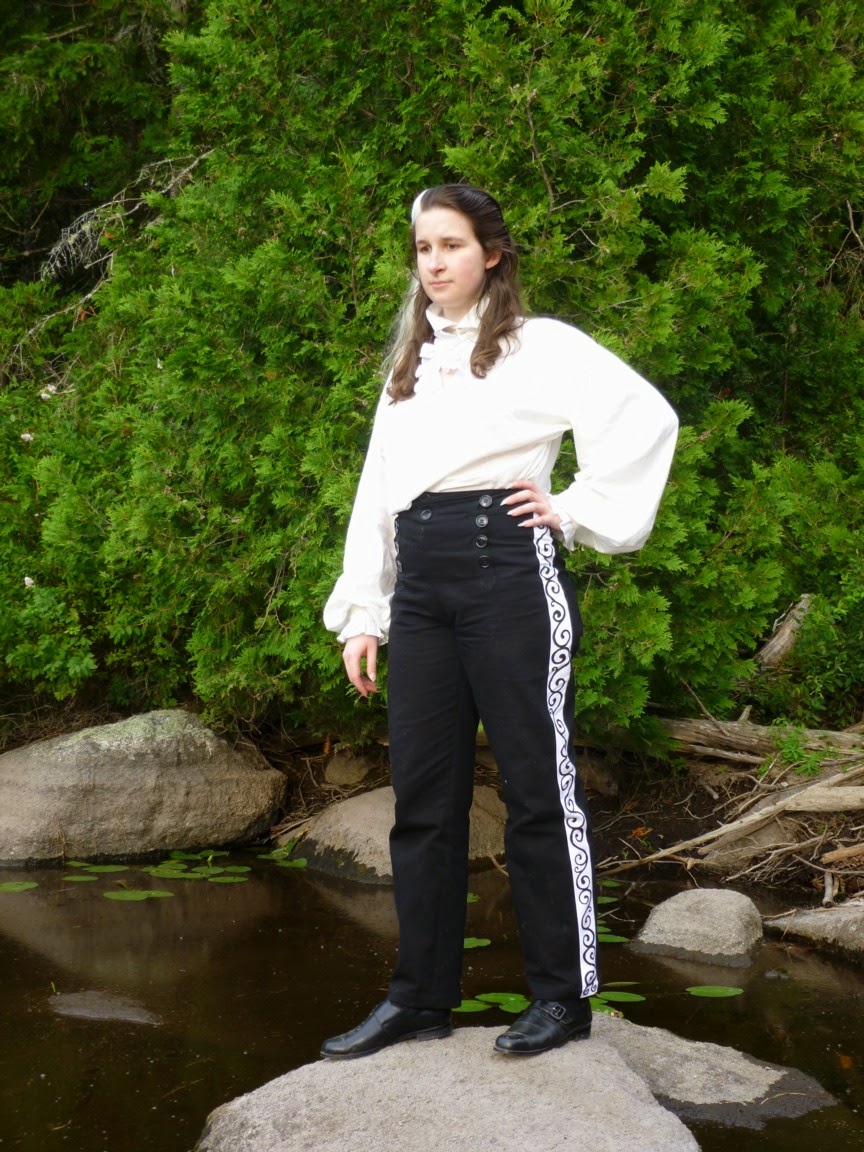 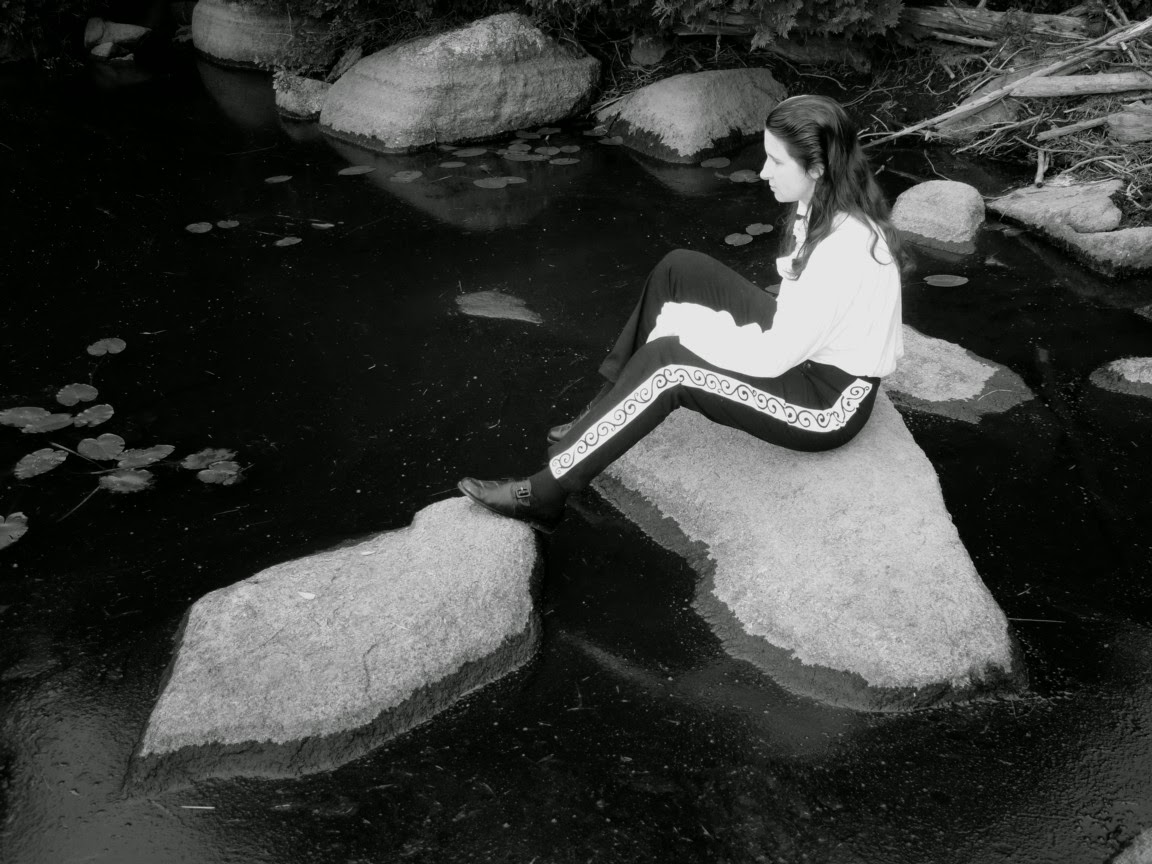 I'm not used to working with such heavy fabric, so the construction isn't quite as neat as I'd like it to be. 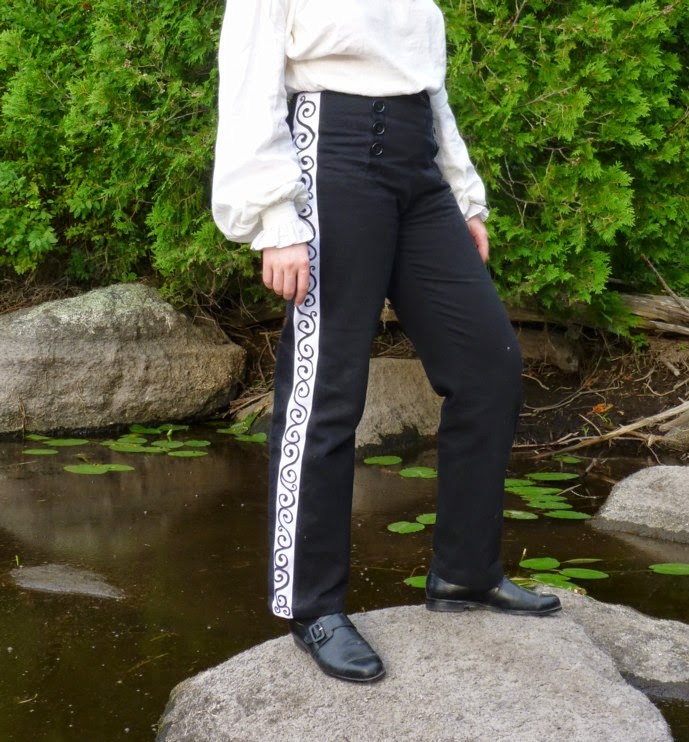 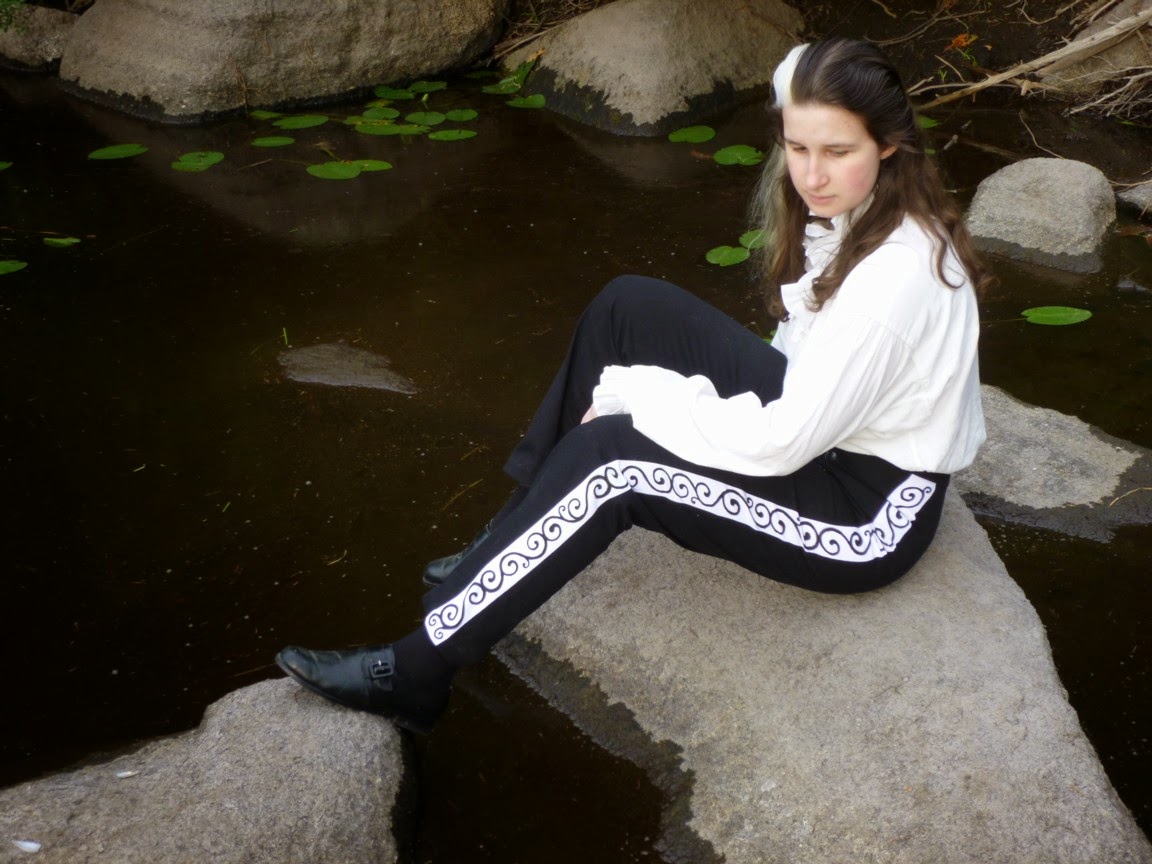 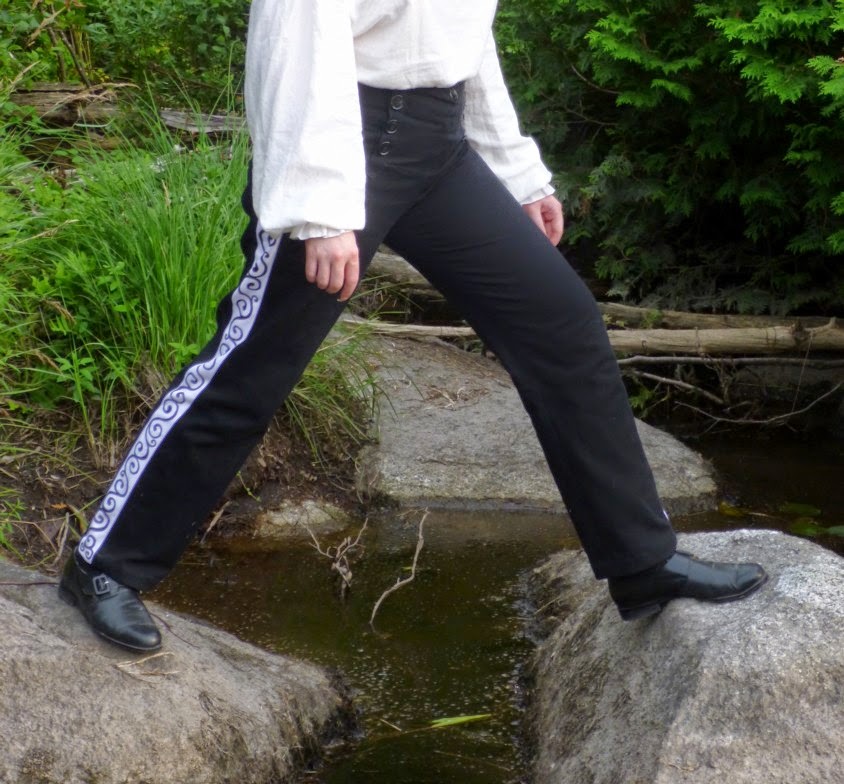 I really, really like this pattern and will be making it up many more times. Think of all the decorative things you can do with a 5-cm stripe! 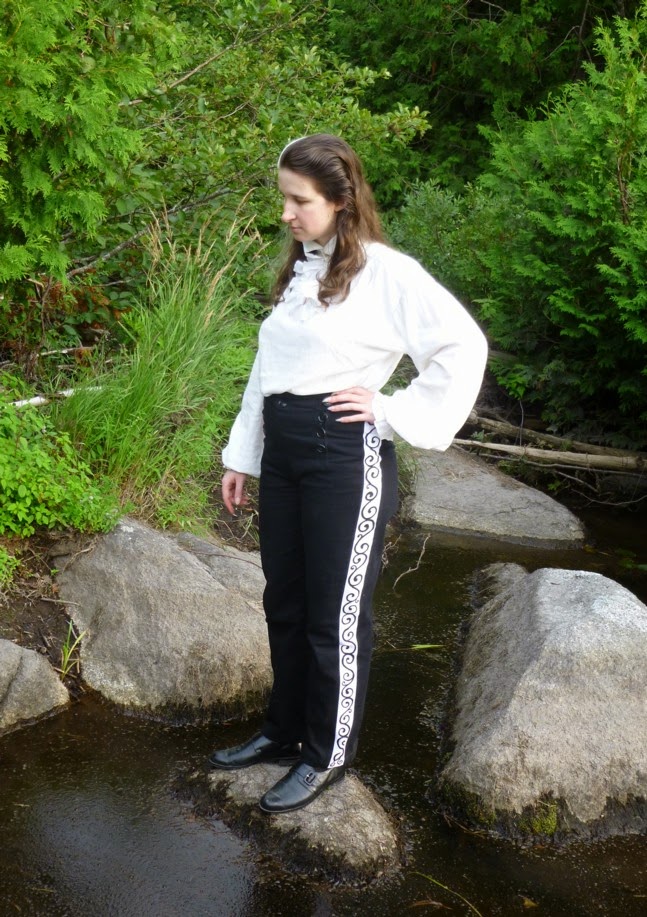