I'm not sure if I have any construction photos of this but if I do they're in the other computer where I can't get them at the moment. If I find them I'll update this post. 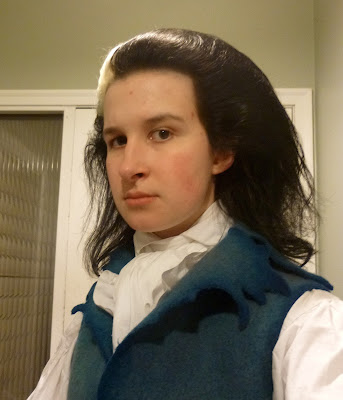 I started this waistcoat quite a few months ago (when it was very cold outside). It's made of an old wool blanket, which was the same pale greenish colour as old tupperware. I sort of used a pattern, but I drew on the uneven edges freehand after tracing out the basic shape. 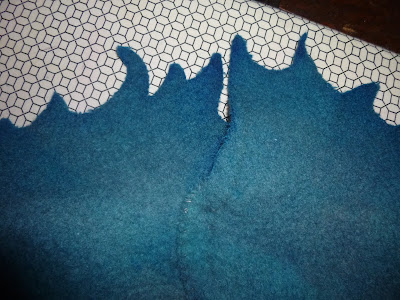 I dyed it blue, and spent a great deal of effort making sure the edges were darker than the rest. The blue was way too bright, so I overdyed it with grey.
The seams are machine sewn, except for the collar which was overlapped and whip stitched down on both edges. All the seam allowances are whipped down too. If I had thought of it earlier I might have done all the seams like the collar.
It's unlined and the edges are left raw because it's so thick and felted it doesn't need anything to keep it from fraying. 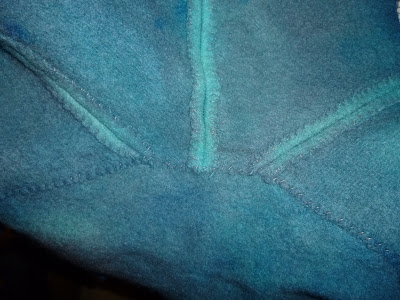 I made the buttonhole stitches quite far apart for the same reason. 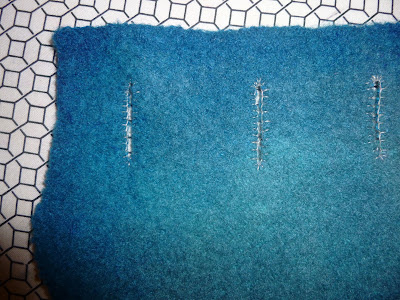 The buttons are some silvery ones I bought a while ago. 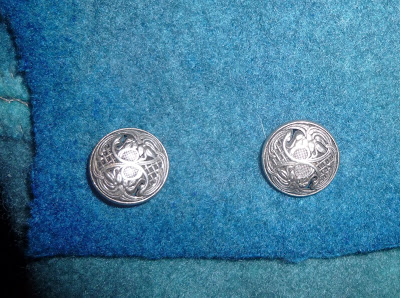 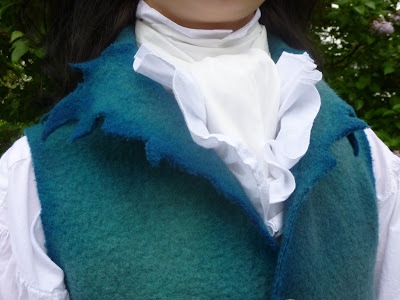 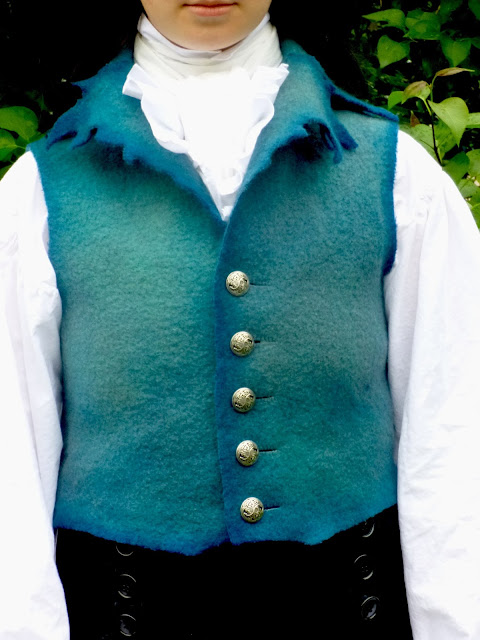 It's very bulky and warm. 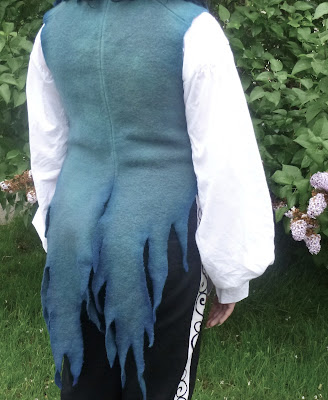 Since it's not remotely historical in any way I gave it tails. I though they would look really cool but I actually find them rather limp and sad. 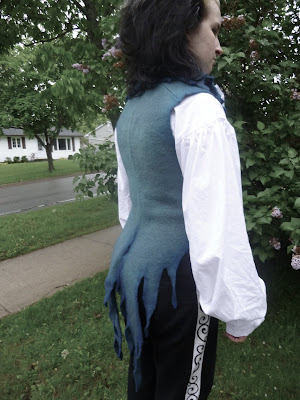 I don't think it goes very well with all the black and white I usually wear, so I'm going to have to make some more blue and grey things to go with it. I don't think I'll be wearing it at all this summer anyway.

Maybe it would look better with a coordinating coat. 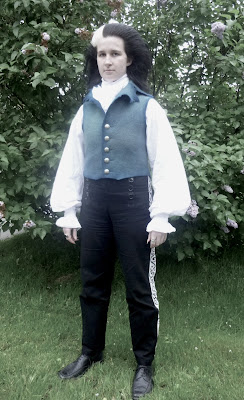