This has been mostly done for months, and I've finally finished it! Hopefully I will finish a reasonable amount of other things this summer.

I've doodled a few variations of this waistcoat in my sketchbook. 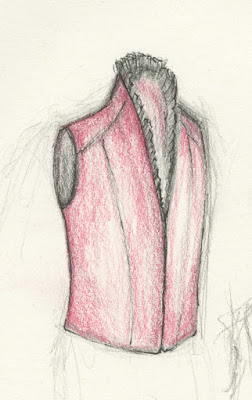 I think I must have started this late last year, since it was traced from the top of Nax's robe pattern. I really like the built up collar on that robe, and wanted something with the same collar for me to wear. I don't have any pictures of the pattern, but it's basically the top part of the robe minus the sleeves, and with a bit added to some of the seams because he's a little bit smaller than me. 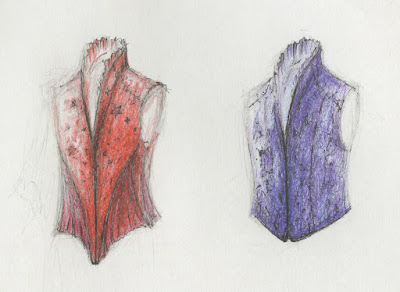 I don't appear to have taken any photos of it early in construction, but it's just sewn and lined normally. I slipstitched the bottom edge of the lining because I wanted it to line up nicely, and I bound the armholes with bias strips of red cotton. 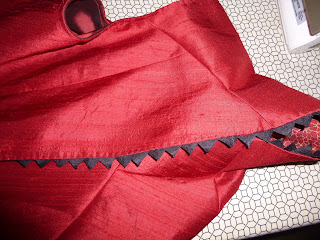 I used red & gold cotton for the facing, bemberg for the lining, and red & black dupioni for the rest. The bemberg and dupioni were both left over from my line. 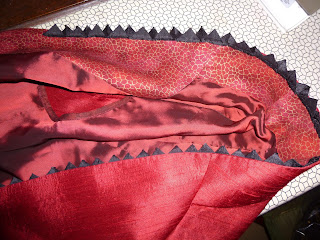 For the trim I wanted to use ribbon, but I couldn't find a suitable one in my stash, so I cut a piece of the selvedge off my black dupioni yardage and used that. In hindsight, I probably should have done something different, because it was very lumpy and is fraying a bit on one side. 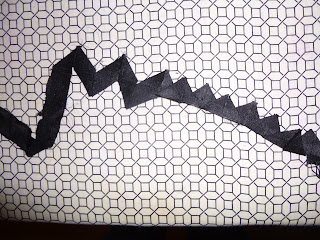 I folded it in a zig-zag way and then folded it in half to make triangles, which is an awfully vague description, so I hope it shows up alright in the photo. 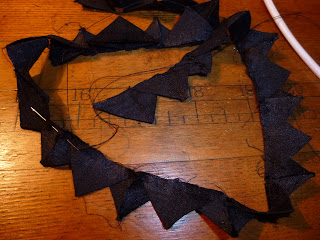 I stitched along the edge of them by hand to make sure they stayed folded, and hand sewed them to the inside edge of the collar.
I spent ages trying to decide what to do for the front closures. The robe closes with hooks and eyes, but that seemed a little plain for this waistcoat. After a lot of sketching I decided upon button loops with 2 rows of diamond things.
The diamonds are interfaced bits of black dupioni with the edges very carefully turned under, and stitched down along the edges by machine.


Annoyingly, the collar which I liked so much is mostly hidden by my hair when I wear it. 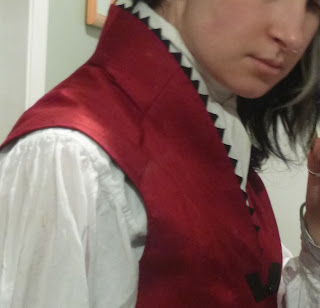 I'm not completely happy with the fit. I suspect it's from interfacing too much and not cutting the shoulder piece on the bias. And possibly from not allowing enough space in the collar for a cravat. 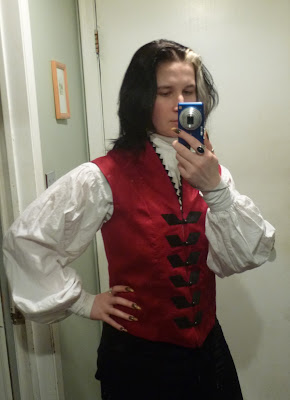 The tiny buttons are surprisingly difficult to do up! Though I doubt they would be for someone with short fingernails. 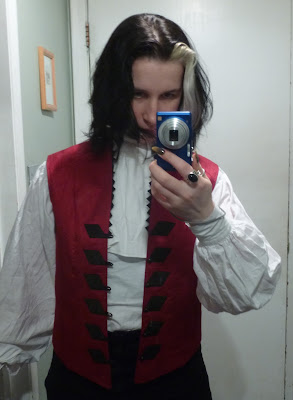 I prefer the way it looks unbuttoned anyways. 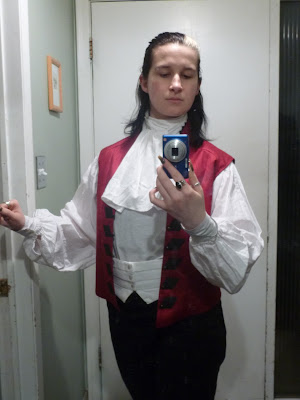 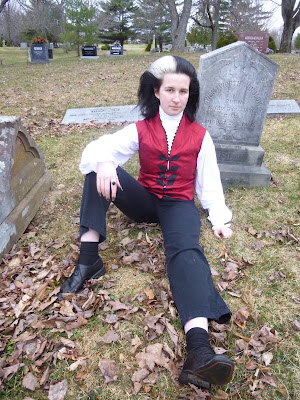 Hopefully the next incarnation of this pattern will be better. 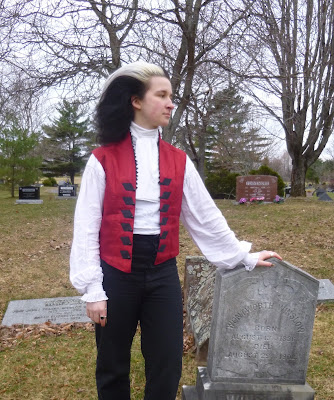