I have a rather large piece of dark grey linen in my stash, which has been there for years. It's too fine and loosely woven to make breeches or waistcoats out of, but it's just right for shirts.
Dark grey and black aren't accurate colours for 18th century shirts, but it's just for everyday wear, so that's not so important. 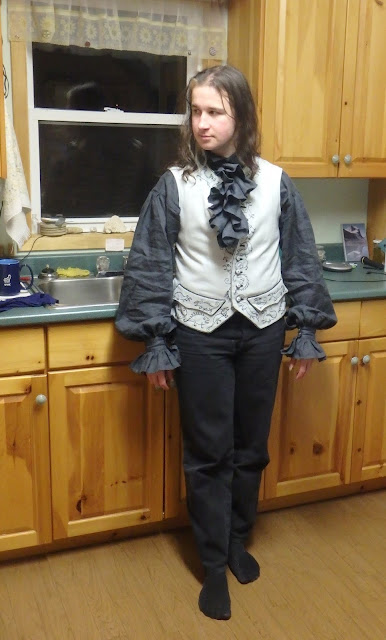 I cut this out about 6 months ago, let it sit on The Pile for a while, and finally finished it last week.
I won't bore you with the construction details, as they are much the same as all my other shirts. It's  mostly machine sews, with hand finishing on the cuffs, collar, and ruffle hems. 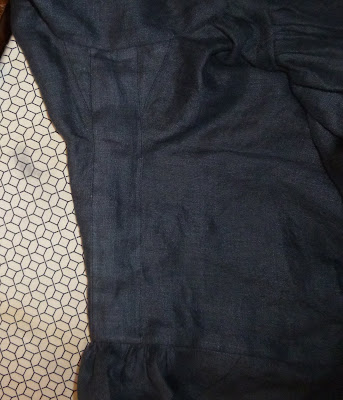 And on the small strip that finishes the inside of the sleeve attachment seam. 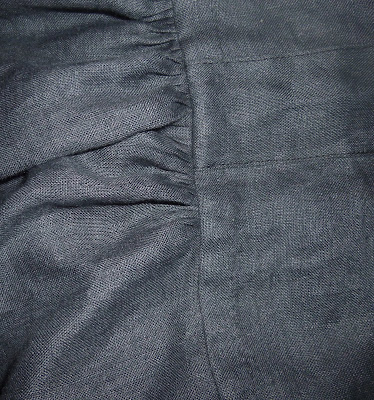 I am quite annoyed with myself for putting the ruffles on the wrong way 'round. I was all finished the front slit and attaching the collar before I realized that the hems faced outwards instead of inwards!
What's more, I had pinned it on and checked, and then taken it off and turned it over because I thought I'd put it on the wrong way. How foolish!
I was awake way too late sewing at the time, so I blame it on lack of sleep. 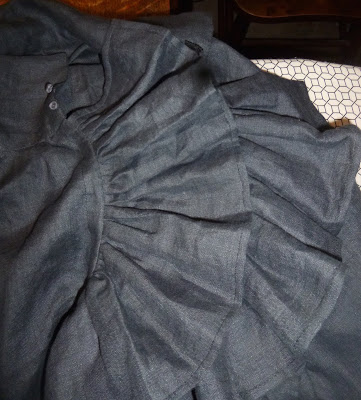 The shirt took a total of 16 hours and 2 minutes.

The buttons are thread buttons I made several years ago from grey linen thread, in a slightly lighter colour than the shirt. The buttonholes are done with black DMC cotton pearl. 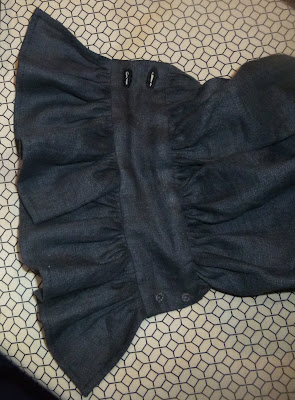 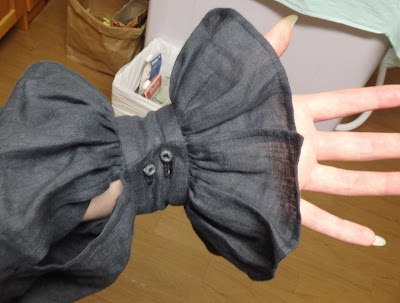 I think the ruffles are a bit too long. I can't remember, but maybe I cut them intending to do a wider hem? Or maybe it just looks odd because the shirt isn't white, I'm not sure. 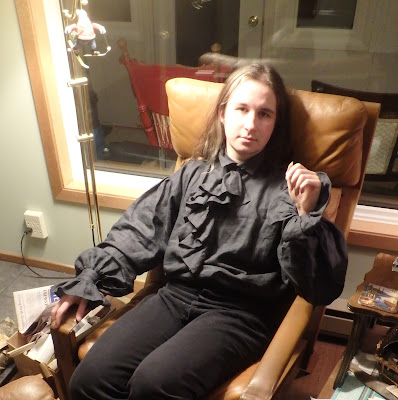 It's a wee bit scratchy, the linen will soften up with a few more washes. 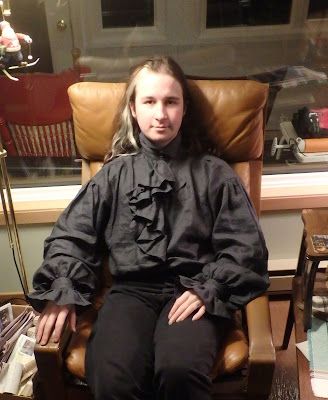 I think it looks quite nice with my monster waistcoat, what with it being equally inaccurate.
I still have a lot of this linen left, and I don't really want to make more shirts out of it, so perhaps I'l do a nightgown or two. 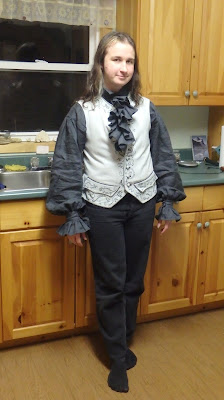 I've missed the last two HSM challenges, but I'm sure to finish the November one since it's a small and simple item!
Posted by Vincent Briggs at 12:05

Email ThisBlogThis!Share to TwitterShare to FacebookShare to Pinterest
Labels: shirts