The last thing I finished in 2019. It appears there's not much to write about it, since I only took 3 progress pictures.

I drafted a new late 18th century breeches pattern early in the year, and wanted to sew them up in a cheap fabric first, just to make sure they fit perfectly before sewing them up in silk or wool. I did do a mockup too, but breeches are so strange and finicky it's hard to be certain until you fully finish a pair. I chose a printed cotton twill from my stash because it has no stretch, and because it was cheap and I have a lot of it. (It's the same cotton I made stripey pants out of in 2015.) I cut them out and let them sit around for the better part of a year before finally finishing them in December.

I based my pattern on the late 18th century ones in The Cut of Men's Clothes, and Costume Close Up. I tried making the side seams perfectly straight and on the grainline, like I'd seen on a number of patterns. 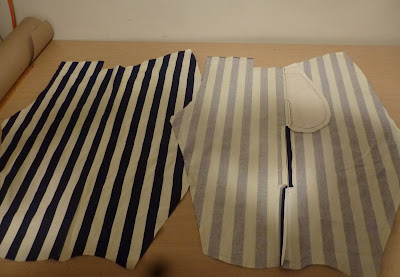 These were mostly machine sewn, except for the hand finishing at the knee and waistband. I can't recall exactly what order I did things in, but I'll be sure to document the construction of the next pair of breeches I make from this pattern much more thoroughly. All the breeches I did before this pair had awful knee closures, and I had no clue how to do the kneebands until getting a copy of Costume Close Up.

As usual, it turned out to be much more simple than what I had been trying to do. Just lining the kneebands and finishing off the lining at the knees as usual, then sewing the kneebands on top of the breeches. 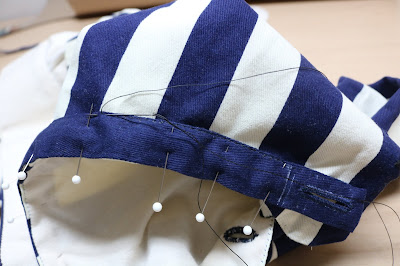 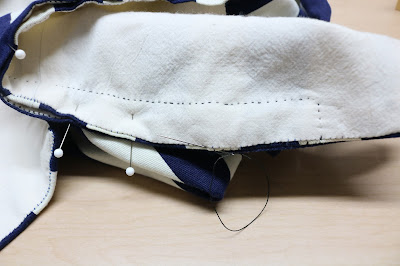 I made covered buttons with wooden blanks, and did the buttonholes at the knee by hand. I did the ones on the fall and waistband by machine but they were so hideous I ended up covering them in buttonhole stitches by hand too. I guess these aren't really "mostly machine sewn". 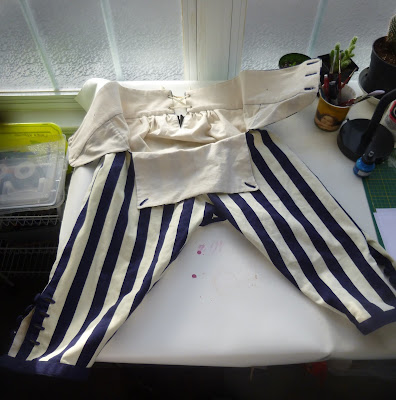 I didn't do the fall plackets because some extant breeches don't have them and I wanted to try that, but I much prefer them with the plackets. 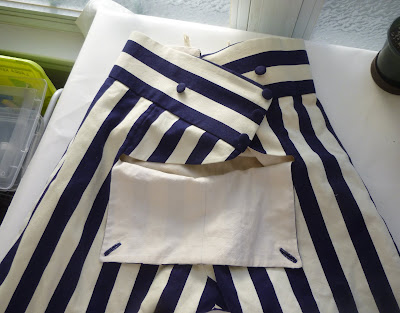 They're lined in plain cotton muslin and I actually put buckram in the waistband this time! I'd been using other stuff in previous pairs of breeches, but for these I finally made some heavy buckram out of cotton canvas. Actually, I think it was stiffened canvas leftover from my 1730's coat.
The waistband is very stiff, but not uncomfortable. 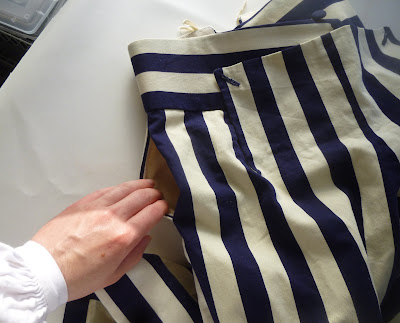 I put pockets in the side seams, which is another feature on a lot of extant breeches that I hadn't tried before.
As usual, it laces in back with 4 hand sewn eyelets and a piece of cotton tape. 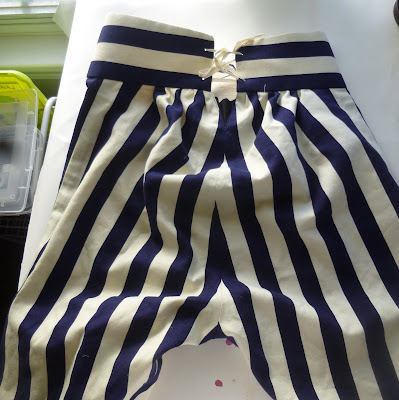 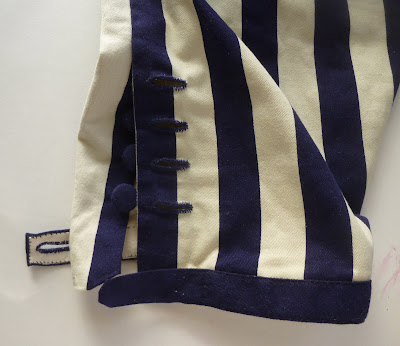 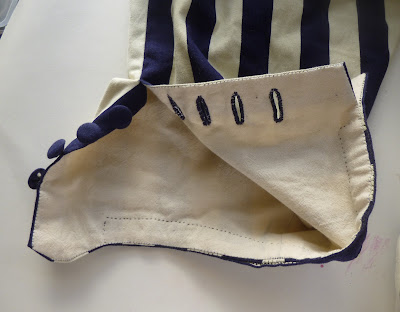 They turned out to fit very well, and I only made one small adjustment to my pattern. I added a bit more to the centre front right around where the fall is, because as you an see it gapes a bit at the edges of the fall. 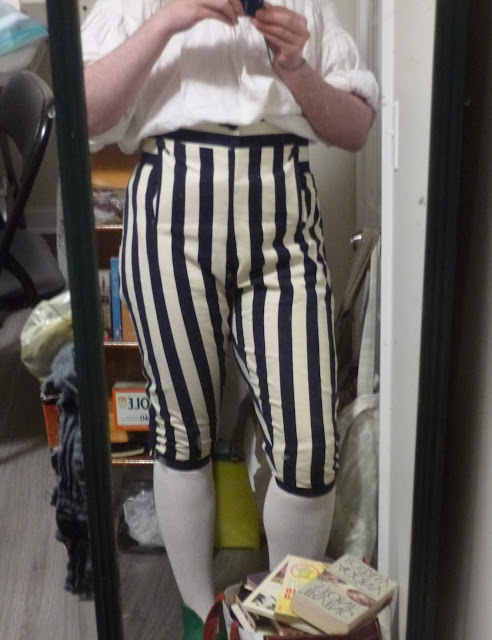 I used this new pattern to help alter those grey breeches I wore in my 1780's photoshoot! Like all the other breeches I made before this pair, those ones were too loose and much too long. I think I did them that way because I was overly concerned with my ability to bend my knees, but it turned out that didn’t really give me much more movement than when they're properly tight, it just makes them look wrinkly and bad. 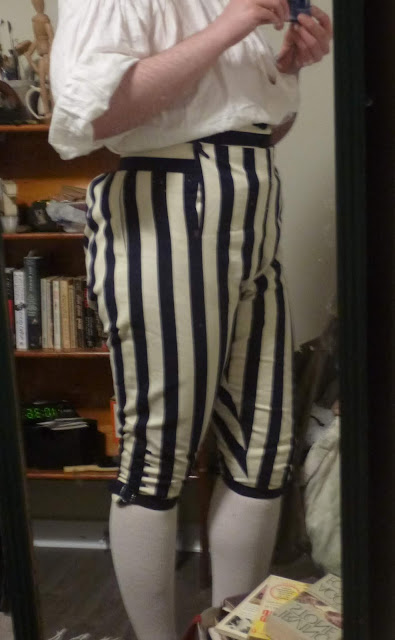 The perfectly straight side seams work surprisingly well, even on my wider than average hips.
The stripes were probably not a good choice of fabric though. I know these were a sort of practice/test garment, but with such wide stripes curving in they really don't look very good when viewed from the front. 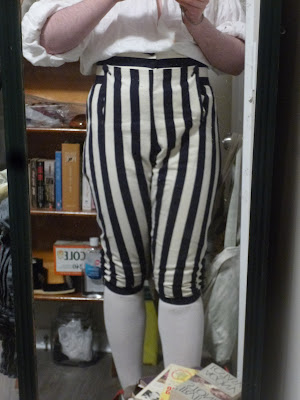 What can I wear them for? I suppose they'd be good for hanging out at my uncle's cottage and walking in the vicinity of the lake. Navy & white stripes always look more appropriate next to a body of water.
Or I could perhaps overdye them so the stripes aren't so harsh? That might be interesting.

And now I'm finally caught up on blogging about 2019's sewing! I finished my 1730's breeches recently so will post those next. They're strange and considerably different from these.
Posted by Vincent Briggs at 17:39