I took these photos a while ago, but wanted to wait until I'd finished the video to do the blog post on them. 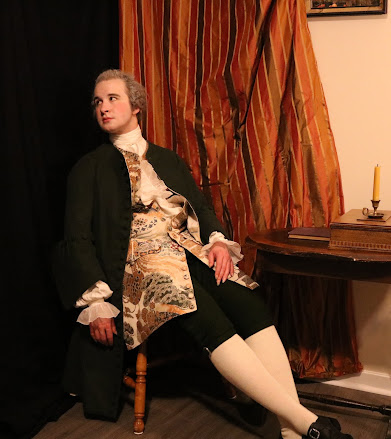 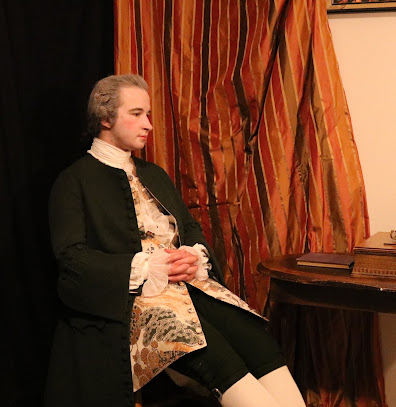 I am quite happy with these photos! Especially considering I took them in my room with a self timer. 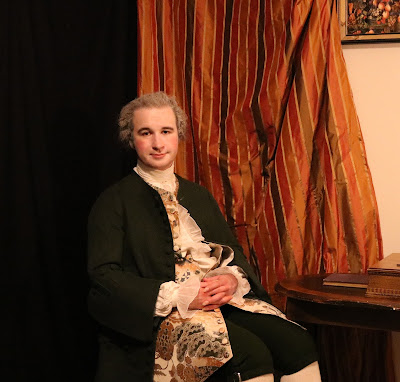 When I posted these photos on social media a while back someone asked me how long the whole outfit took, and since I kept time sheets for most of the garments I was able to get an approximate number.
Coat: 100:33 (mostly hand sewn, with a few select bits done by machine. There are 79 buttonholes and 47 buttons and they took up nearly half that time.)
Breeches: 34:53 (Also mostly by hand, with a few machine seams.)
Waistcoat: 61 hours exactly. (Entirely by hand)
Shirt: 37 hours initially, but later I re-did the cuffs and added new ruffles with tiny little rolled hems, which would bump that up to at least 45.
Neck stock: Didn’t keep a time sheet for this or write a blog post, oops, but it’s a pretty simple little thing that was maybe about 2 hours. Also partly by machine and partly by hand. I’ll keep better track next time I make one.
Queue bag: 3 hours. It’s all by hand, but very small and simple.
Shoe alteration: Ehh, in total about 5 hours maybe? Spread out over a few days because glue had to dry.
Grand total: Approximately 244 hours for the entire suit! Not including research, pattern drafting, or mockup fitting, so if you include all that it's probably closer to 300.
A lot of those hours were spent hand sewing while listening to and partially watching various videos and shows, which I think slows me down a bit, but it’s a more pleasant way to spend the time than just sewing in silence. I also did the shirt a few years ago - back before I learned how to use a thimble, so I’d be considerably faster now. 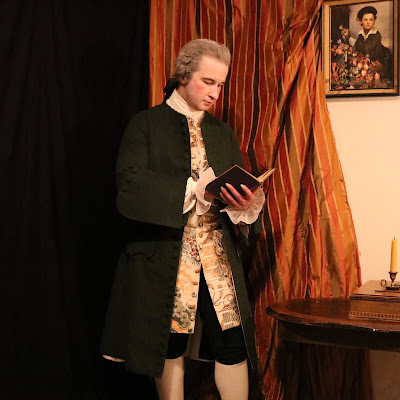 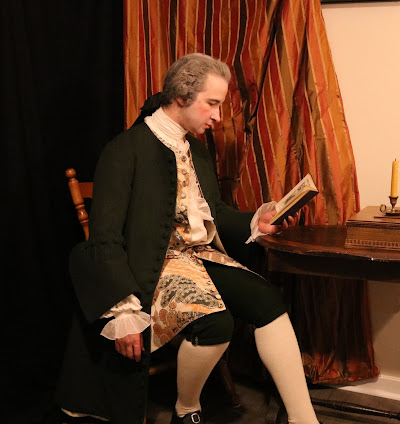 For these photos I moved the furniture out of one corner of my room and hung up some fabric and an old print. It's lit by a couple of lamps off to the side, which are sort of yellowish and bad, but that seems to work well and make the light look more painting-y. 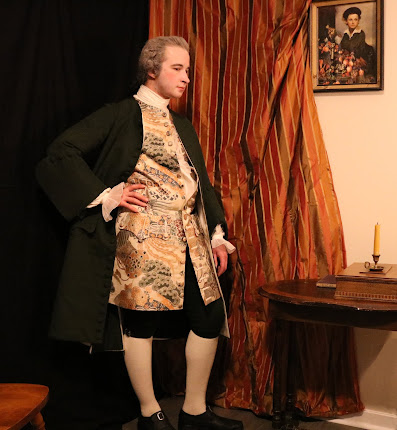 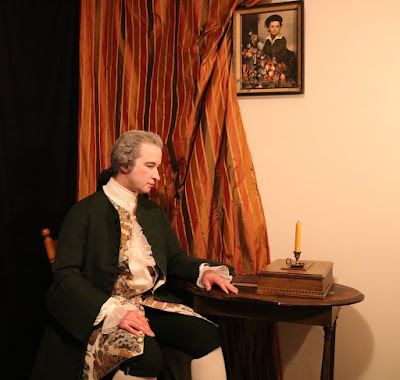 Thank you to Liz Mavity for offering to photoshop out the electrical outlet that was visible in some of these photos! 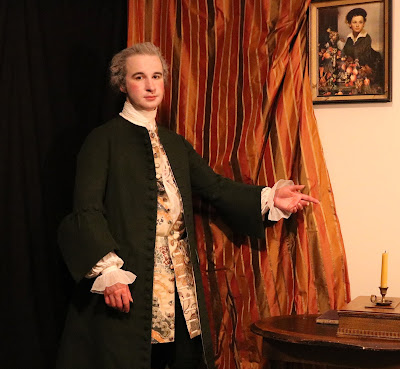 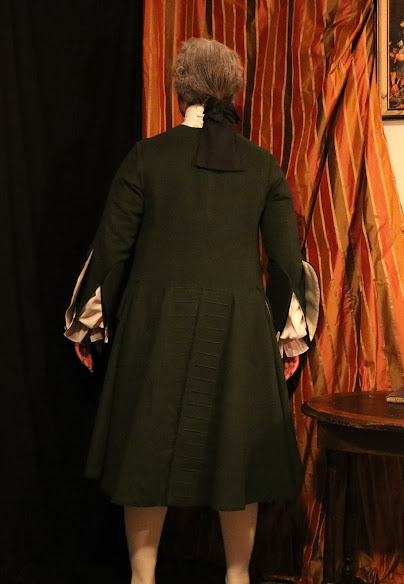 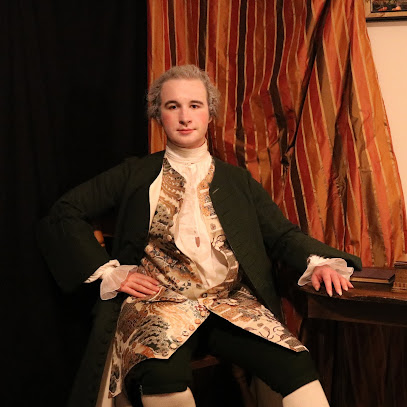 Hopefully sometime this year I'll get some outdoor photos too!